What's In This Guide?

Our tench fishing tips will help you to catch more of this popular fish, from bait choice to locating tench, we hope you learn a thing or two…

Our tench fishing tips will help you to catch more of this popular fish.

Tench are a freshwater fish that is found in slow-moving waters. It has a greenish-brown body with a dark stripe running along its side.

Tench can grow to an average length of around 7 to 14 inches, and typically weigh around four to five pounds.

Tench are most active during the daytime, and prefer to feed on small insects.

To catch tench, use a rod and line with a size 8 to 10 hook. Use bait such as worms, maggots, or sweetcorn.

Cast your line into areas where you think tench might be feeding. Wait for a bite, then reel in your rod – although we wish it were that simple!

The tench is a freshwater fish of the carp family Cyprinidae

They’re found in most still waters throughout Europe. Tench have reddish brown flanks and a silvery belly, with an olive green back.

Its body shape is rather cylindrical and tench grow to a relatively large size, with the largest recorded UK tench being 15lb 3oz.

Here are some of our top tench fishing tips:

Your first port of call is to find a good tench fishing venue. Look for slow-flowing waters with plenty of vegetation. Tench love to hide in weeds, so the more vegetation, the better.

Tench are most active when the weather is warm and sunny. Avoid fishing during cold snaps or when the water is very cold, as tench tend to be less active, and more difficult to catch.

As tench are bottom-feeders, like carp, you can use baits that will sink to the bottom of the water. Worms, maggots, and sweetcorn are all good options!

Float fishing is a good method for catching tench. Use a float to keep your bait at the correct depth, and cast your line into areas where you think tench might be feeding.

When tench fishing, use a rod and line with a size 8 to 10 hook. A baitrunner reel can also be useful, as it will allow the fish to take the bait without feeling any resistance. This will help to avoid spooking the fish.

But what rod should you use to catch tench?

I would recommend a lighter test curve of around 1.5lb, with a medium action. I usually use 6lb mainline straight through which is strong enough to land specimen tench, if you’re lucky! 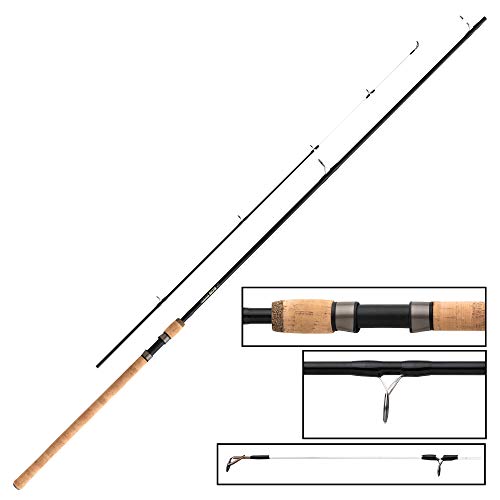 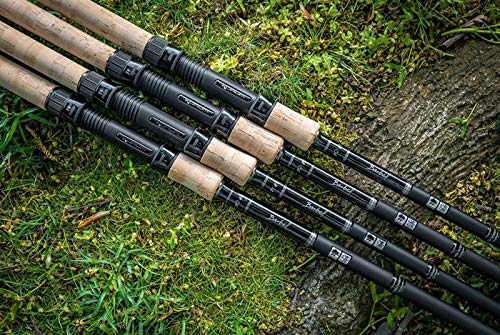 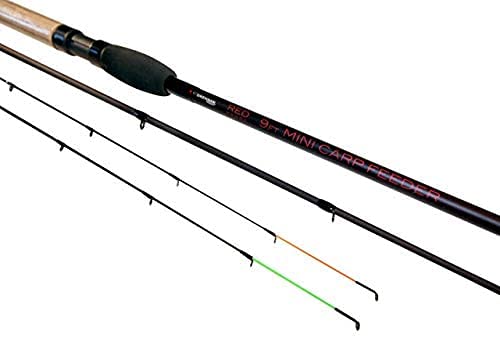 Groundbait is another good way to attract tench to your bait. Mix up some groundbait using brown bread crumbs, sweetcorn, and worms.

Cast some of the groundbait mix around your bait, and wait for the tench to start feeding!

A method feeder is a device that can be used to release small amounts of bait into the water. This is a good way to attract tench to your bait, as they will be able to smell the bait from a distance.

Tench have a very keen sense of smell, so using scented baits can be a good way to attract them. You can buy scented baits, or add your own scent to the bait using a bait dip or attractant.

Last but not least, tench fishing requires plenty of patience! Be prepared to spend a long time waiting for a bite. But when you finally land that tench, it will all be worth it!

Tench absolutely love weed – so the more weed, the better! Look for tench in areas with plenty of vegetation, such as lily pads or beds of reeds.

Tench are also often found near sunken trees or logs, as they like to hide in the shadows.

As we’ve already mentioned, tench like to feed on small insects, so areas where there are lots of insects are a good spot to cast to.

Tench are most active during the daytime, so this is the best time to fish for them. However, they can also be caught at night – although you might have to contend with pesky mosquitoes!

There are plenty of baits that tench like to feed one, so here is our recommended ‘tench baits’ for you to try next time you’re out on the bank.

Our number one choice is sweetcorn! This is because tench seem to be particularly attracted to the smell of sweetcorn, and it’s also very easy to use as a hookbait.

Simply add a few kernels of sweetcorn to your hook, and you’re good to go!

But why use sweetcorn?

Well, its sweet and soft taste means that tench just can’t resist it. In fact, sweetcorn is such a good bait that it’s often used to catch other fish too, such as carp and bream.

Maggots are also a very popular tench bait, for the same reasons as sweetcorn. They’re easy to use, offer plenty of movement to attract the attention of tench, plus tench just love the taste!

Maggots can be bought live or frozen, and both types will work just as well.

A classic fishing bait, worms are another good option for tench fishing. Again, tench are attracted to the smell and movement of worms, and they’re also a soft bait which tench find easy to digest!

Balling in groundbait is a devastating method to draw in tench to your spot! The fishmeal smell is one that tench just can’t resist, and it’s also very easy to make your own groundbait mix at home.

Need a catapult? Here are our recomendations: 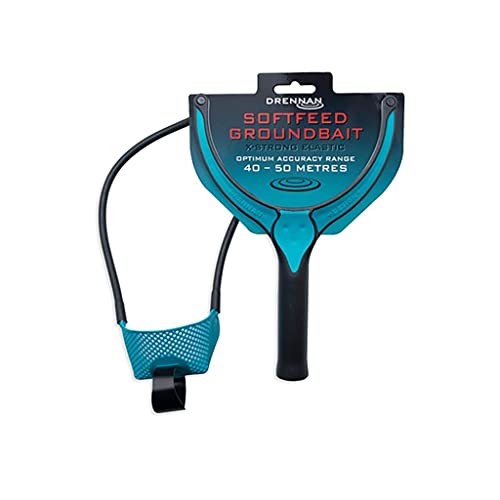 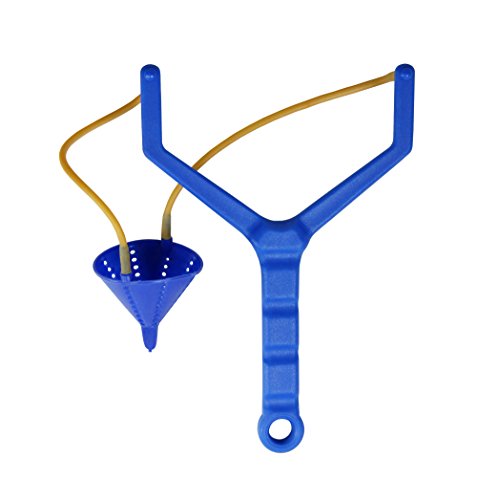 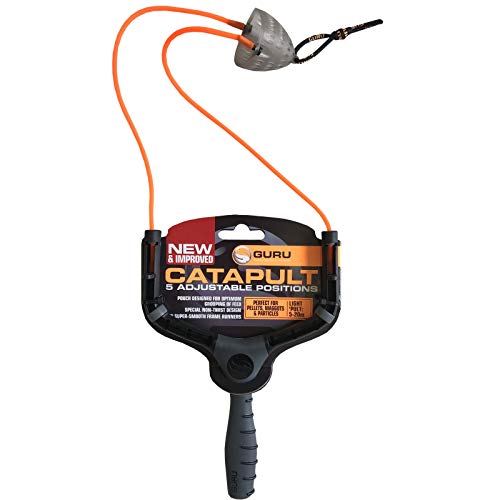 Simply add some fishmeal to brown bread crumbs, and mix together until it forms a dough-like consistency.

You can then ball in the groundbait using a catapult around your hookbait, or use a method feeder to release it into the water.

Tench love fishmeal, so this is definitely one to try next time you’re out tench fishing!

Casters are the pupae of flies, and tench love to feed on them! A understated bait, I have used casters to lure many tench from weedy swims.

Tench adore casters, as they offer a high protein content which tench love to feed on. They’re also very easy to use, simply add a few to your hook and you’re good to go!

Again, there are plenty of artificial baits that you can use to catch tench. These can be anything from bright plastic lures to more natural-looking baits like imitation corn.

Tench are attracted to the bright colours, so they’re definitely worth a try!

I love to use hemp in most of my fishing – and tench fishing is no different. Tench are attracted to the smell of hemp, which makes it a great bait to use.

Hemp is also a very versatile bait, as it can be used whole or ground down into a hemp paste. It’s definitely one to have in your tench fishing arsenal!

What Size Hook To Use For Tench?

The size of hook you use will depend on the size of tench you’re hoping to catch. For smaller tench, I recommend using a size 12 or 14 hook.

When Do Tench Spawn?

Tench spawn in the summer months, typically between June and August. This is when the water temperatures are at their highest, and tench are most active.

The tench spawning season is the best time to fish for tench, as they’re more likely to be actively feeding during this time.

Did you know that tench are also known as ‘doctors’ fish? This is because they’re often used to help other fish recover from diseases and parasites!

Well, I hope you learnt something from our tench fishing tips? Tench fishing an be a great deal of fun, and hopefully now you know what baits to use and when the best time to fish for tench is!

Make sure you use the correct tackle, and if you look around weedy areas, we’re sure you’ll find tench fairly quickly!

Bait just off these areas (hemp or groundbait) and try and draw them out from weedy areas or reeds.

We would really appreciate it if you could please share it on social media, or Whatsapp it to a friend, or even email a colleague who may be interested.

Some of the links on this page are affiliate links, which means we may receive a modest commission if purchases are made through those links. This adds no cost to our readers and helps us keep our site up and running.

As an affiliate for Amazon, we earn a commission from qualifying purchases. We are paid commissions for purchases made through links on this website.

You can sign-up to our monthly newsletter below, featuring the latest tips, tricks and competitions.